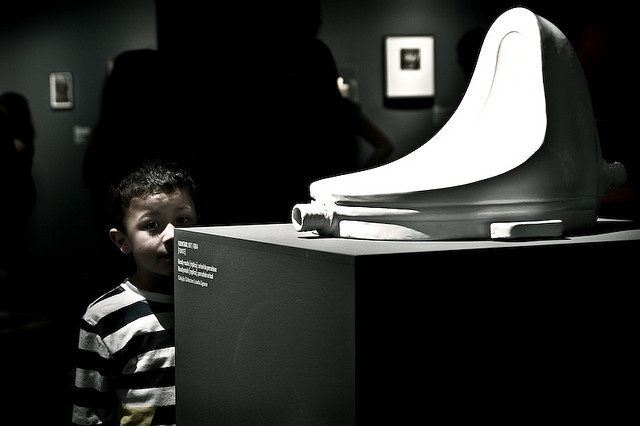 Dr. Ed’s head should be spinning: a long-lost ‘son’ has just been sent over to his office by the temp agency, his shopping-addicted wife seems to have disappeared, and the clinical trial that he is running for a revolutionary new anti-depressant might well be going off the rails. But Dr. Ed is in control of everything, including himself.

Thus begins “Skinner Boxed”, the first of two thematically linked novellas that comprise White Mythology. In the second piece, “Love’s Alchemy”, five narrators deliver stories of betrayal that are nested like Russian dolls, stories that span an attempted seduction in Tokyo in 1987 back to a brotherly schism that erupts during a bottle rocket game of “war” in 1970s Massachusetts. From boys who poison their teacher’s plants to men who compulsively urinate into rivers, these strange (and strangely connected) monologues drop the reader into the pitch-black dunk tank of the soul.

White Mythology is now available in Trade Paperback, as well as  Kindle, Epub and Audiobook formats.

Preview the first chapters of it here.

Also available, my second novel: She Sang to Them, She sang
—published by (and available from) Corona\Samizdat Press!

Reward (to the Tune of “Reward”)

FinTechBro Karaoke (to the Tune of “Edelweiss”)

Elevator Pitch, from the Sage Thicket of Eli Cash

Digested Read: Albert O. Hirschman’s The Passions and the Interests—Political Arguments for Capitalism before Its Triumph

Gabriel Josipovici’s What Ever Happened to Modernism? —an Appreciation

Digested Read: Talking To My Daughter About The Economy, by Yanis Varoufakis

“One of these paired novellas (‘Skinner Boxed’) is nonpareil, among the funniest things I’ve read. The other (‘Love’s Alchemy’) is a literary puzzle requiring some light reverse-engineering by the reader…” —Art Winslow, former Literary Editor at The Nation “…a zany zagging yarn, crowded with MacGuffins and red herrings … I enjoyed White Mythology (especially Skinner Boxed, which, typing this…

Get White Mythology by W.D. Clarke